Recently, I’ve been asked to answer some basic questions about my positions on certain “hot button” issues that people often become personal and emotional about. I am writing this to answer those questions, and articulate why I take the stances I do.

Q: Do you consider yourself to be progressive, moderate, or conservative in your beliefs?

A: I consider myself a conservative. I believe that a smaller government is a better government. Centralized government has a record throughout history of overstepping its bounds in times of crisis; ranging all the way from the excessive bureaucracy of Rome which the created Julius Caesar’s dictatorship to the New Deal brought to life by President Franklin Delano Roosevelt. This pattern continues today with the COVID-19 rules and funding. It’s not the government’s role to support the public financially by taking money from their citizens and redistributing it to those they think need it more. The role of government is to help foster common resources that EVERYONE uses, and not a particular race, class, age, or gender because that would be discrimination. Yet, the government does that all of the time. Marx wrongly stated that society should redistribute from each according to his ability to each according to his need, which is the basis of socialism. But whoever gets to decide who needs what, and how much will always make the wrong decision. That power belongs to the individual along with the right to provide it for themselves. We know ourselves and our needs best.

Q: What is your position on Taxes?

A; Taxes are necessary evil required to fund things at the national, state, and local level which affect us all. This includes law enforcement, infrastructure, and other public services that have become part of everyday life. However, these public services continually grow out of proportion–it’s like a new one pops up every day as more and more Americans become more dependent on them. They think a public option makes what should be provided by the private sector less expensive because everyone has to buys in with their tax dollars, with no understanding of the impact on the quality of the service which generally goes down. This relates to my position on smaller government. As we continue to foster more government services, the larger and more expensive government and our tax burdens become. Eventually, the cost of government will price everyone out of their financial autonomy.

Q; What is your position on LGBT issues?

A: Live and let live… While these folks do not represent me, it is not my or anyone else’s right to infringe on their self-choices. America is the land of life, liberty, and the pursuit of happiness. It is their personal business, not ours nor our government’s. Procreation helps our society grow, which means there will always be a need for heterosexual relationships. But at the same time, we should not necessarily be promoting certain types of behavior ostensibly as representation. The government should also not regulate marriages and churches, which would eliminate the issues surrounding gay marriage entirely. It would be up to the churches to handle, not the politicians. Often marriages are documented for governmental purposes (benefits and taxes).

Q: What is your position on abortion?

A: A life is a life. From the moment of conception to the moment we take our last breath, we are alive and we are human. When an unborn human is killed by abortion, we should call out what it is, a murder. I would only condone an abortion in extreme and special cases, such as when the life of the mother is at risk when the baby would not be able to survive or would suffer, or if the mother was raped. Abortion should not be an escape from the inconvenience. When we make a decision we suffer the consequences. An unborn baby is defenseless and should have more rights, and the mother should take responsibility for her actions (rape being an exception). Ultimately the mother will have to live with the decision to terminate, but the government should not be fostering this process with taxpayer dollars.

Q: What is your position on freedom of speech and freedom of religion?

A: I support the constitution as it is written. Be it speech, religion, or bearing arms, our written rights should not be infringed upon in any way. We need to allow Christianity to thrive again in our country rather than be shunned as it is now. I also believe communism is the underlying evil corroding the soul of America and it should be weeded out and destroyed. Communism directly opposes constitutional freedoms and has led to the ruin of many nations throughout the world. We as Americans have faced much turmoil as Democrats and even some Republicans try to instill policy and logic in a society based on socialist ideas.

Q: What is your position on legalizing marijuana?

A: Mind-altering drugs are not productive in any society. While I do believe every person is responsible for themselves and can do whatever they want when they want, it should not affect anyone else in their endeavors. It’s all too common to see people get so intoxicated they do stupid things that have the potential to hurt and even kill someone else or even themselves. I have yet to see anyone that is intoxicated be very productive in our society. The question comes again comes into play: what is the government’s role? The government’s responsibility is to enforce the law, and many laws are instituted to protect us from the adverse behavior of others. But how do you pull that off without infringing upon their rights? I mean, look at alcohol, which has many of the same issues with impairment but is legal as long as you are not driving. We still see drunk people stab and shoot people in their stupor. Alcohol is legally a drug for many reasons; an alcoholic and a junkie are the same things. We must be more consistent with our laws. Either we must legalize all mind-altering drugs, or ban them all. I would lean more towards banning in order to create a more productive society. Imagine how much better people could provide their necessities without feeding habits that can cost thousands of dollars every year. In a socialist society like the one we’re inching toward, we’re literally picking up the tab by subsidizing someone who comes up short on feeding their kids but never does without a drink. I won’t lie, I do enjoy a drink once in a while, but I am always responsible and I would not miss it if outlawed. People like to say that prohibition failed, but during the years it was in effect, the numbers for alcohol-related crimes and incidents bottomed out, and skyrocketed when it was lifted. I struggle a lot with this particular question because not everyone is an irresponsible user. Overall, the bad outweighs the good. 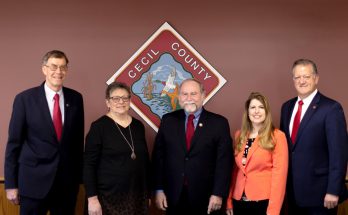 One Comment on “Where do I stand on Hot Button topics?”