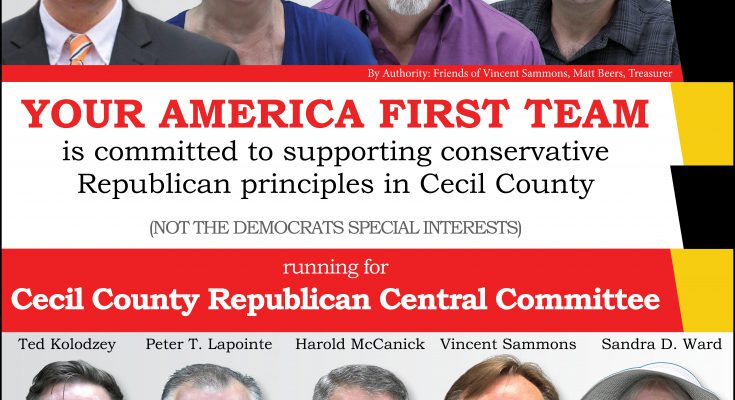 Good schools, safe neighborhoods, and an honest, transparent government. It really isn’t a lot to ask for, and for the last several years we have voted for community leaders who have promised to deliver just that. Unfortunately, we have learned that our politicians are much better at delivering promises than results.

Our community is now at a turning point. We can end the coalition between the politicians and the special interest, and hold our public officials accountable. We can end the corruption and restore transparency. We can get back on track and give our community all we wanted in the first place, good schools, safe streets, and a good place to raise a family.

All this can be accomplished by voting for the conservative team in the Maryland Primary Election. It starts with a strong Republican Central Committee!
The Primary Election will be held on July 19th, and Early Voting begins July 7th and ends July 14th

Paid for by Friends of Vincent Sammons, Matt Beers, treasurer.